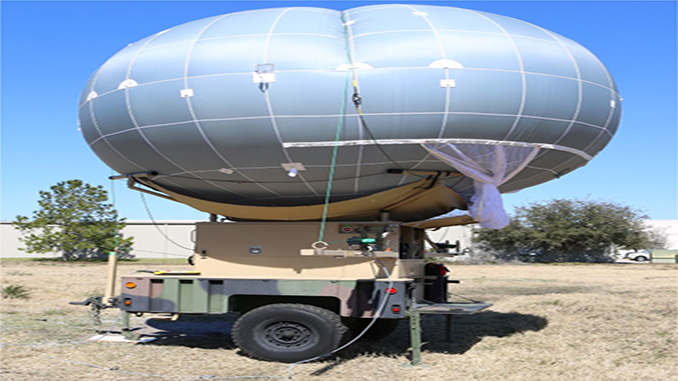 Drone Aviation Holding Corp. (OTCQX: DRNE) (“Drone Aviation” or the “Company”), a manufacturer of tethered drones and lighter-than-air aerostats, today announced that it has been awarded a contract for communications sensor integration onto Winch Aerostat Small Platform (“WASP”) tactical aerostats owned by the U.S. Department of Defense (“DoD”).

The integration contract, valued at more than $200,000, will enable the WASP aerostat to support advanced communications payloads expanding its mission flexibility to include a wide array of additional ISR (Intelligence, Surveillance and Reconnaissance) requirements including voice and data network range extension and enhanced reconnaissance support.

“This DoD integration award is the third WASP contract we have received from the DoD this year, demonstrating the WASP’s unique ability to evolve with the emerging challenges facing the modern warfighter. Through the integration of advanced voice and data communications payloads, the WASP is greatly expanding its role on the battlefield by supporting a growing number of missions including communications and ISR,” said Jay Nussbaum, Chairman and CEO of Drone Aviation.

The WASP is a highly tactical and mobile aerostat system which can be operated by as few as two soldiers and can provide day/night video and wireless communication range extension from either a fixed, stationary position or while being towed. Over the past three years, U.S. Army-owned WASP systems have successfully completed thousands of hours of soldier training operations in addition to successfully completing various DoD exercises. WASP is currently being utilized by the DoD as a mobile, tactical aerial solution that can support various ISR mission profiles involving ground-based assets as well as aerial assets through communication retransmission. Operating at altitudes of up to 1,500 feet AGL with launch sites at 6,000 feet ASL, the WASP system can significantly extend ISR capabilities and communications in remote and austere locations. The soldier-operated systems can be rapidly configured to support a variety of mission requirements for days, weeks or months with customized payloads.