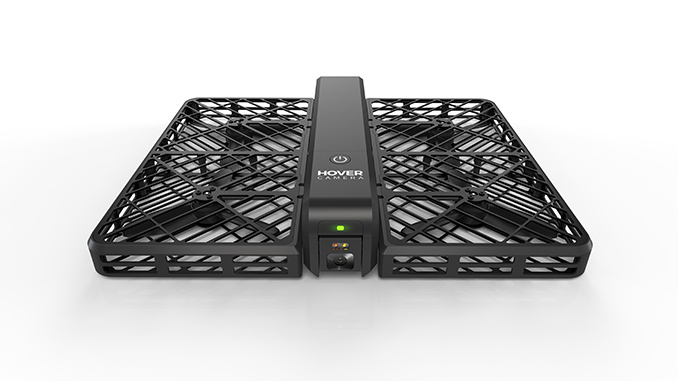 At only $599, the first truly consumer-friendly and self-piloting flying camera is the travel photographer of the future and will begin shipping to consumers in the US immediately.

As the only truly self-flying camera on the market, Passport is paving the way for a new category of consumer flying robotics that put simplicity and ease of use first – so that its users can always stay in the moment. Whether exploring the hutongs of Beijing with friends, cliff jumping in the Amalfi Coast, or spending a day in the park as a family – Passport flies without the restraints of controllers interrupting the moments you’ll want to remember. Simply unfold the flying camera, power it on, and Passport will take off – steadily framing the perfect shot using Zero Zero Robotics’ proprietary Embedded AI technology – to capture memories effortlessly in 13MP photos and 4K video.

Beyond ease of use, consumers will also find the Hover Camera Passport introduces a new design into the flying camera field – with its propellers and motors encased in an intricate carbon-fiber structure that’s not only strong and light, but ensure one’s fingers can’t slip through the carbon-fiber enclosure through normal use. Just let go of Hover and it will fly – and grab it out of the air without worry when you’re done.

“Since first announcing Hover Camera in April, we’ve had a chance to listen to our community’s feedback to create a flagship model that is not only more technically advanced, but tailored to their travel and photography needs,” said Mengqiu Wang, CEO and Cofounder of Zero Zero Robotics. “Hover Camera Passport encourages you to look up from your screens and enjoy your memories unrestricted, exploring the world from your own point of view. We’re excited to share our first step towards a new future with the world, and can’t wait to see what our users will capture.”

Hover Camera Passport will be available for sale at an early-bird price of $549 for a limited time.