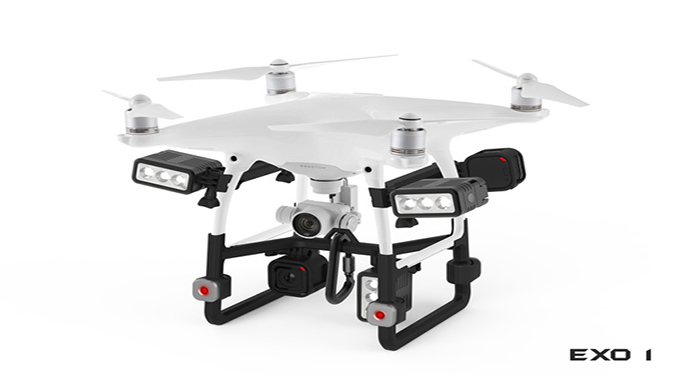 DJI, the world’s leading maker of unmanned aerial vehicles, and Shapeways, the world’s largest maker space and marketplace for 3D printing, last Saturday announced the winners of a design contest to create unique 3D printed accessories to help use drones for search and rescue purposes.

“These new innovations mean improvements to search and rescue missions with fewer first responders put at risk,” said Eli Morgan Harris, DJI Business Development Director. “The 3D-printed drone modification products developed through this challenge could make a huge difference – even save lives and ties in with our DJI/EENA, European Emergency Number Association, project. Through four pilot tests sites in Europe, we are gathering data on the needs of first responders and the challenges they are facing during fire and rescue missions. Many of these 3D printed designs address those challenges.”

“Having partnered with DJI, we challenged designers to channel their creativity and 3D design abilities to create life-saving modifications that may have otherwise been unexplored,” said Andrew Thomas, Shapeways Community Manager. “We recognize the incredible talent of the maker community and are excited to continue seeing their innovation rise to challenges like these.”

The grand prize winner is Jack Frost of Frost Design from London who designed an exoskeleton, the EXO 1. The EXO 1 is a rugged, lightweight exoskeleton for the DJI Phantom and is designed for search and rescue teams. It provides improved visibility day or night, a search and rescue lighting system, a carabiner mount rig for carrying payloads, an easy magnetic payload release, and added strength and structure via the exoskeleton. Frost won $1,000 in Shapeways printing credit and a DJI Phantom 4 drone.

The 3 runners-up were designer Cary Lucier of SAR3DO who designed a self-releasing rescue delivery capsule; Haydn Bao and Warren Alexander with a design for a “search and whistle”; and Jet Townsend also with SAR3DP who designed a dye marker bomb/buoy. The runners-up each got a $500 Shapeways printing credit.

Unlike other companies that create their own accessories to accompany feature products, DJI encourages creativity and enables its customers to design their own products through its Software Development Kit. Since 2013, drone enthusiasts have used Shapeways to create add-ons for their personal drones and offer them for sale in the Shapeways marketplace.