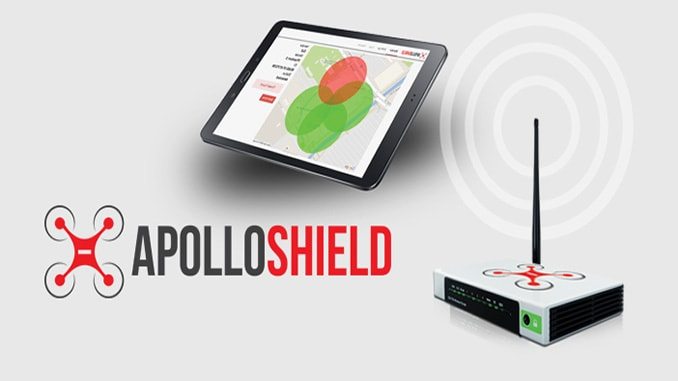 The ApolloShield is made up of two subsystems: the ‘plug-and-play’ Apollo CyberBox and the tablet-based Apollo Command Center. The former does the work of detecting and taking control of the UAV, while the latter enables the operator to control the functionality of the Apollo CyberBox.

Add-ons include the ability to integrate into other UAV detection devices, a signal blocker to jam UAVs, and the use of nets to physically capture UAVs instead. The system is already being used operationally in the United States by an undisclosed law enforcement agency.