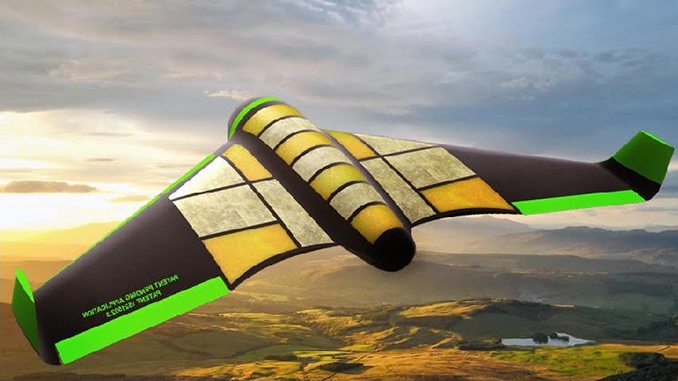 The Pouncer UAV From Windhorse Aerospace

Delivering life-saving supplies to victims of natural disasters and war zones often relies on inexact air drops requiring good weather to pull off. The Pouncer, an unmanned aerial vehicle (UAV) from Windhorse Aerospace, would land accurately at disaster sites with a design that allows for the utmost utility of its parts. Its hollow wings and body can be packed with food, water and medicine, the pre-formed shell used as shelter, and the frame burned for cooking fuel.

The Pouncer is designed for situations “where all communications have broken down and roads, tracks and railways have been destroyed, and ground traffic cannot get to survivors,” Windhorse Aero’s Jason Dobson told us, citing last year’s Nepal earthquake as a prime example. “This also applies to areas of the world that are in conflict, where it is also unsafe or currently impossible to deliver aid using traditional means, like Aleppo in Syria.”

The Pouncer will be made of a plywood frame and pre-formed plastic shell that is waterproof and highly aerodynamic, while vacuum-packed food, water and medical supplies would be integrated as partial components within the wings and body.

“If you imagine going into a supermarket and going up to the salad bar, you grab a pre-formed clear plastic tub with a lid and fill it with your choice of food,” says Dobson. “The initial shell of the Pouncer, which includes the fuselage and part of the wing section will initially be formed in a very similar way and can then be loaded with food, water or medical aid. The food selected will be appropriate food for that particular location so it is recognizable, safe and gives maximum nutrition.”

Once back on the ground, the wood frame could be used as fuel for cooking fires, while Dobson says the shell can be converted into a simple shelter or water receptacle.

“It is in fact a ‘clamshell’ type design just like the food tub and attached lid,” he says. “There are a number of ways it can be converted to a shelter depending on locations and conditions.”

Dobson adds that printed instructions in the local language would be located on the exterior of the craft to explain that food and other materials are contained within, although he expects there would generally be aid workers on the ground who would be familiar with the aircraft.

The company is also looking at making the wing structure out of edible material for the ultimate in efficiency and sustainability. The idea is that all parts of the Pouncer could be used in some way, leaving almost nothing wasted.

A small navigation system on the Pouncer would guide the drone to its destination, where a low-altitude parachute would deploy to set the craft down within 20 ft (7 m) of its target. The company and its advisors are also working on a ground launch catapult system as another way to get the Pouncer airborne.

To fit the C-130’s cargo compartment, the wingspan of the Pouncer is limited to 10 ft (3 m). Its fuselage length is 5 ft (1.5 m), and it weighs 55 lb (25 kg) empty and 165 lb (75 kg) fully loaded. That 110 lb (50 kg) of supplies is enough for 50 man day rations in Asia and Africa, and 40 in Europe, the Americas and Oceania. To overcome wingspan limitations given its payload requirements, the Pouncer uses a delta wing design for improved range, with dihedral winglets for stability.

The cost of building the Pouncer is expected to be US$130 (£100) per unit, with an extra $65 (£50) for the navigation and flight control system. And while the Pouncer is still in development – it’s currently at technology readiness level 4 (TRL4) out of 9 stages, per NASA – Dobson expects it to be ready sometime next year.

The video below gives an overview of the Pouncer.

No Replies to "The Pouncer UAV From Windhorse Aerospace"