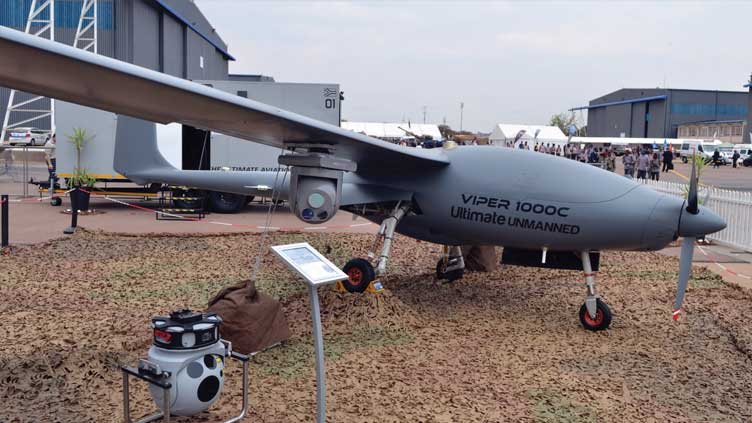 Ultimate Unmanned Has Unveiled Its New Offering The Viper 1000C

Ultimate Unmanned has unveiled its new offering, the Viper 1000C, but the medium-altitude, long-endurance unmanned air vehicle (UAV) is not for sale. The company has outfitted the high-performance UAV as a platform that can be hired out to customers who require long-persistence surveillance with advanced sensors.

Ultimate Unmanned is part of the Ultimate Aviation Group, which undertakes a wide range of aviation activities, including cargo, humanitarian aid and surveillance. The group’s helicopter division is heavily involved in these operations, and the provision of unmanned solutions was a natural progression. Compared with manned aircraft and helicopters, UAVs can stay aloft far longer and are cheaper to operate.

Based at Midrand, Ultimate Unmanned has prepared the Viper 1000C for leasing and has launched the business at AAD. The aircraft on display at the show is based on a Stemme S6 motorglider from Germany but is outfitted with an all-South African mission system. Currently in production is a version of the system based on the Stemme S15, which offers a 28-hour endurance. When this becomes available before the end of the year, the S6-based machine will become available for training.

Using a manned motor-glider as a basis allows the Viper 1000C to be flown by a pilot when necessary.

Ferry flights to the operational area can be performed in manned configuration, negating the need for satellite time and also easily meeting air traffic requirements.

A wide range of sensors can be carried by the Viper 1000C, which is outfitted at AAD with a Swesystem sensor turret with an Airbus DS Goshawk turret as an alternative. Sensors are carried under wing hardpoints, which can also mount extra fuel tanks. As well as sensors, the UAV could be used for air-dropping vital supplies, such as medical or food packages. Total payload is 350kg.

Ultimate Unmanned has engaged South African UAV specialist S-Plane to provide the command and control system, based on the company’s ParagonC2 system that features a sophisticated 3D graphic interface. Air vehicle control can be completely preprogrammed, but can also be adapted inflight to meet emerging requirements. The advanced system shows operators areas where the vehicle’s sensors cannot see, allowing them to redirect the vehicle to compensate. This is of significant value in mountainous terrain.

At all stages of the flight the operator can see flight information from the vehicle in real time, including a pilot view. The system allows control of multiple vehicles, and multiple sensors. A feed from imaging sensors can be viewed on-screen in multiple ground stations, while it can also be streamed to ground response teams using hand-held receivers.

Ground control is effected from a command and control centre devised by Ultimate. It is mounted on a double-axle trailer and can be deployed wherever it is required.

The air-conditioned centre is self-sustainable and comes complete with bunks, washing/toilet facilities, a kitchen and a back-up power generator. As well as pilot and sensor operator stations, it has extra positions for a supervisor and client.

Ultimate Unmanned foresees a significant market for its “surveillance by the hour” offering, with many applications in law enforcement, security, mapping, environmental protection and other activities. There are many companies and agencies that could benefit from the Viper’s capabilities, for either short-term tasks or on long-term contracts.

For the future, Ultimate Unmanned is planning a military-specification version to be designated Viper 1000M. Having used manned helicopters for many surveillance missions, the company is also studying unmanned rotary-wing UAVs for various missions.

An important task currently undertaken is support of Antarctic operations by India and South Africa. A deck-launched unmanned rotary-wing platform would be ideal for these duties.