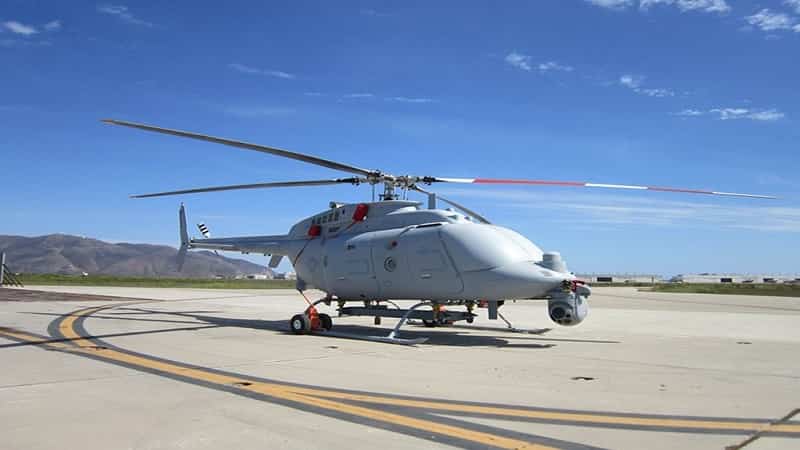 The Navy is continuing to invest in unmanned ISR systems, awarding Northrop Grumman a $108.1 million contract for 10 more of its Fire Scout MQ-8C systems, unmanned helicopters that can operate from land or aircraft-capable ships.

The Fire Scout is a 34.7-foot long fixed rotor aircraft that provides ISR (intelligence, surveillance and reconnaissance), target-acquisition, laser designation and battle management. Among its uses are anti-submarine, anti-surface and search-and-rescue operations.

The MQ-8C is a larger version of the MQ-8B, which has been deployed aboard frigates and a Littoral Combat Ship, according to Northrop. In Afghanistan it was used to support operations countering improvised explosive devices. All told the MQ-8B has flown more than 5,800 sorties, accounting for over 15,650 flight hours, Northrop said. It also has demonstrated the ability to work in concert with the manned MH-60 Seahawk helicopter in ship-based operations.

The MQ-8C has considerably larger payload capacity and range than the earlier model, and will require fewer aircraft in operation because of its extended range and larger capacity. A typical Fire Scout system involved up to three MQ-8Bs.

“The C model will greatly impact how we monitor, understand and control the sea and air space around small surface combatants,” Capt. Jeff Dodge, the Naval Air Systems Command’s program manager for Fire Scout, said at the time of its operational tests.

Having completed its land-based operational testing the MQ-8C, which has considerably larger payload capacity and range than the earlier model, is scheduled for its initial ship-based testing in fiscal 2017. Work under the latest contract is expected to be completed by August 2019.