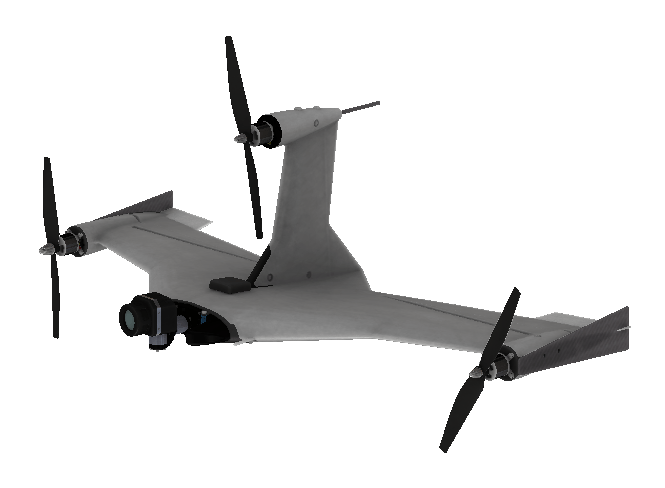 xCraft launches into the commercial UAV market with their new x2 Drone. The x2 is a transitional VTOL with new proprietary software that allows start­ to ­finish autonomous missions. This functionality fills a hole in a rapidly growing industry. The x2 takes off and lands vertically and transitions to forward flight using its high efficiency wing. This opens the door to hundreds of commercial applications that can benefit from high­ speed, long­range flight and the ability to hover, takeoff, and land almost anywhere.

The x2 can fly farther and faster than any other multirotor in its class. It can fly for 45 minutes at speeds up to 60 MPH while carrying as much as 1.5 pounds of payload. This means you no longer need to choose between the hovering precision of a multirotor and the speed and endurance of a fixed wing. One vehicle now fulfills both roles.

With the release of the x2, xCraft has pulled out all the stops to supply the operator with a uniquely elegant ground station solution featuring AirRails Flight Controller. This tablet ­based system removes the complexity out of planning, flying missions, and managing data. All control and vehicle interaction is handled through a simple and intuitive app.

“Flexible autonomous flight systems are the way of the future”, JD Claridge, CEO of xCraft. “Within the next 3­5 years, we’ll see drones shift more toward commercial applications rather than consumer breakthroughs. As it shifts, we will be innovating at the forefront to provide quality products that can do things no other drone can do on a commercial scale.”

The x2 is available with an array of powerful sensor options including the FLIR Vue thermal camera, GoPro, and Parrot Sequoia multispectral camera. More sensor options are coming soon and are easily interchangeable on the x2’s modular payload bay. As a first for a commercially available drone, the x2 is also available with uAvionix Ping ADS­B receiver. The x2 is ready for NextGen airspace. The x2 is targeted to ship in Q1 of 2017 with an MSRP starting at $23,995. To reserve product in a limited production run, xCraft is taking deposits of $995.