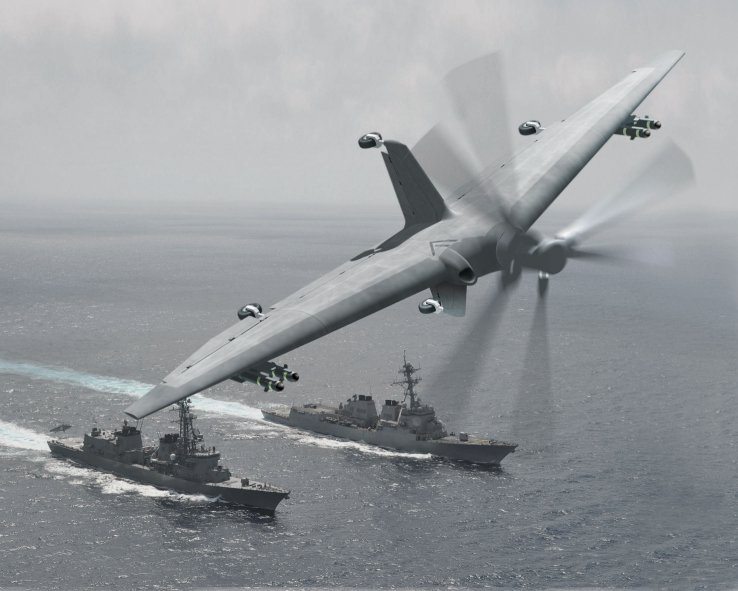 DARPA’s TERN has moved to a third and final stage of an effort to launch UAS from US Navy surface combatants, and expects an initial flight test in 2018. The USMC is eyeing TERN as a potential MUX solution. (DARPA)

The US Marine Corps (USMC) is pushing ahead with a ‘shipboard capable and expeditionary’ unmanned aerial system (UAS) programme, and pushing back against arguments that it could instead field existing unmanned platforms.

A so-called MAGTF Unmanned Expeditionary Capabilities (MUX) programme aims to provide Marine Expeditionary Force units with a ‘Group 5’ UAS capability – such as the US Air Force and US Army General Atomics Aeronautical Systems Inc MQ-9 Reaper and MQ-1 Predator UAS – but without the need for runways.

No Replies to "USMC Aiming For Shipboard Capable And Expeditionary UAS"