Domino’s To Use Drones To Deliver Pizzas 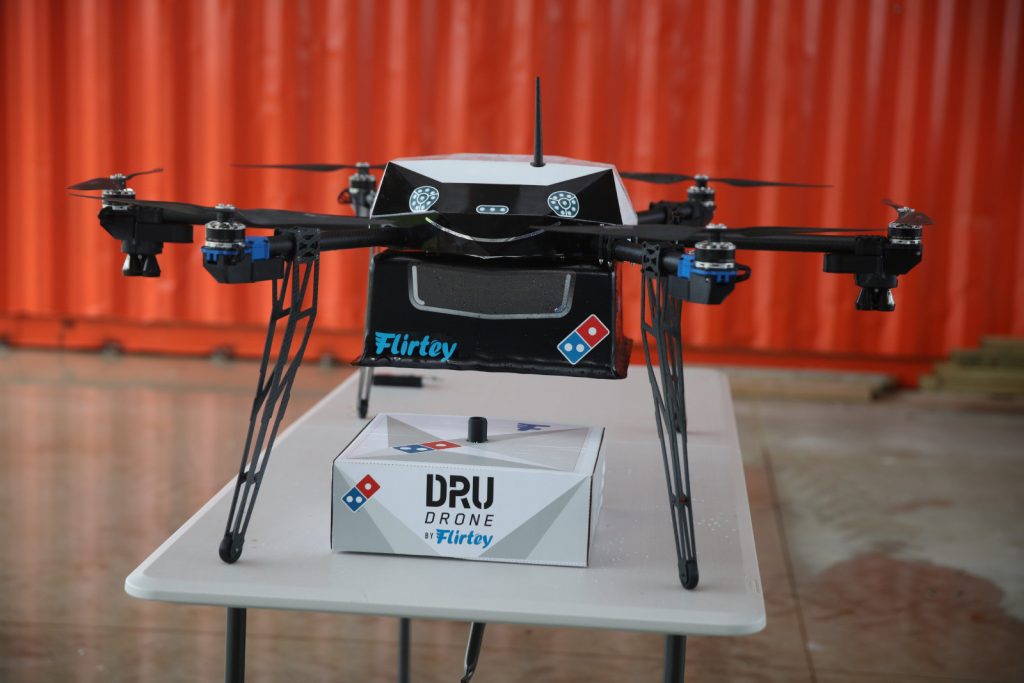 The retailer today said it had today conducted a demonstration of its proposed drone delivery service in Auckland under the watchful eye of the country’s Civil Aviation Authority and its transport minister Simon Bridges.

New Zealand’s unmanned aircraft regulations allow operators to fly approved drones weighing between 15kg and 25kg in daylight, within line of sight and under 120 metres in height, among other restrictions.

Domino’s said today’s demonstration marked the final step in Flirtey’s CAA approval process, allowing the pair to proceed to a trial of drone deliveries from one selected store to customers’ doors after daylight savings commences in the country from September 25.

“With the increased number of deliveries we make each year, we were faced with the challenge of ensuring our delivery times continue to decrease and that we strive to offer our customers new and progressive ways of ordering from us,” Domino’s CEO Don Meij said in a statement.

“What drones allow us to do is to extend that delivery area by removing barriers such as traffic and access, as well as offering a much faster, safer delivery option, which means we can deliver further afield than we currently do to our rural customers while reaching our urban customers in a much more efficient time.”

It plans to extend the “dimensions, weight and distance” of the drone-based deliveries based on customer feedback from the trial.

Domino’s said it was looking at how it could also bring drone deliveries to markets including Australia, Belgium, France, the Netherlands, Japan, and Germany.

In Australia, drone operators are only allowed to fly aircraft weighing under 2kg commercially without a licence after new rules – which will come into effect on September 29 – were introduced by the Civil Aviation Safety Authority earlier this year.

Domino’s is also working through regulatory hurdles in Australia to bring its DRU delivery robot into production.

No Replies to "Domino's To Use Drones To Deliver Pizzas"