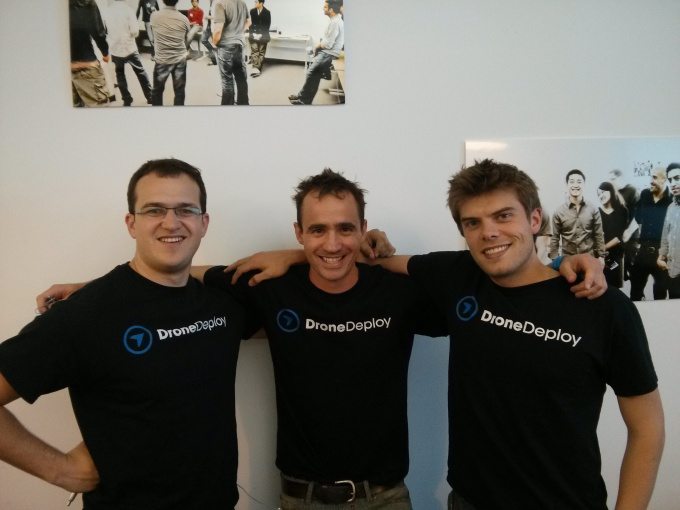 DroneDeploy, the leading cloud software platform for commercial drones, today announced the company has raised $20 million in Series B financing led by Scale Venture Partners, bringing its total amount of funding to $31 million. As part of the financing, Rory O’Driscoll, who sits on the board of Box, DocuSign and several other high profile companies, will join DroneDeploy’s board of directors. The round also includes participation from existing investors and High Alpha Capital, which is led by ExactTarget co-founder and former CEO, Scott Dorsey.

Since its inception in 2013, DroneDeploy, which makes drones accessible and productive tools for anyone, has grown aggressively. It recently announced that its users had mapped more than 5 million acres — equivalent to the country of Wales — across 130 nations. The amount of data generated by their users is doubling every 4 months, evidence that the commercial drone market is real and growing extremely fast.

“2016 has marked a tipping point for commercial drones. Businesses in every industry are leveraging drones and our software, and seeing that easy-to-capture, aerial data enables faster and better decisions,” said Mike Winn, co-founder and CEO of DroneDeploy. “With next week’s passing of the FAA Part 107, enterprises are moving quickly to prepare their workforces to leverage drones company-wide.”

DroneDeploy will use the funds to accelerate its market penetration, develop additional enterprise features and enable businesses to extract even deeper insights. The new round comes just ahead of the August 29 implementation of Part 107, the FAA’s operating rules for commercial drones. Part 107 is expected to unleash a new tidal wave of drone adoption as it dramatically simplifies the requirements for businesses to comply.

“DroneDeploy takes the most successful software business model of the past decade, SaaS, and applies it to one of the most exciting growth trends in technology today, the rapid adoption of commercial drones,” said Rory O’Driscoll, Partner at Scale Venture Partners. “Couple that with an extensible SaaS platform that meets the needs of many industries, an extremely passionate user community and high growth velocity, and they are well positioned to drive drone adoption in the enterprise. DroneDeploy has a compelling cloud service that is facilitating a number of exciting use cases worldwide that simply would not be possible with manned aircraft or satellites.”

O’Driscoll has played a key role in past cloud enterprise software success stories, including Omniture and ExactTarget. The board also includes Kevin Spain of Emergence Capital, which invests in enterprise cloud visionaries, such as Salesforce, SuccessFactors and Yammer.

Scott Dorsey, managing partner for High Alpha Capital, which also joins the round, stated, “We are delighted to invest in DroneDeploy along with some of the industry’s leading SaaS investors. We see enormous opportunities at the intersection of SaaS and commercial drone applications, and are thrilled to be partnering with the DroneDeploy team to build the definitive market leader.”

About DroneDeploy
DroneDeploy is the leading cloud software platform for commercial drones, and is making the power of aerial data accessible and productive for everyone. Trusted by leading brands globally, DroneDeploy is transforming the way businesses leverage drones and aerial data across industries, including agriculture, construction, mining, inspection and surveying. Simple by design, DroneDeploy enables professional-grade imagery and analysis, 3D modeling and more from any drone on any device. DroneDeploy users have mapped and analyzed over 5 million acres in over 130 countries. DroneDeploy is located in the heart of San Francisco. To learn more visit www.dronedeploy.com and join the conversation on Twitter @DroneDeploy.

About Scale Venture Partners
Scale Venture Partners (@scalevp) invests in software companies that are transforming the future of business, companies like Box (BOX), Chef, Cloudhealth, DataStax, Demandbase, DocuSign, ExactTarget (ET), HubSpot (HUBS), PubNub, Omniture (OMTR) and WalkMe. Scale partners with entrepreneurs to support accelerated growth from the first customer to market leadership. Founded in 2000, Scale has 1B under management and is located in Silicon Valley. For more information, visit www.scalevp.com.

DJI SDK Challenge Finals To Be Held In Rome, NY