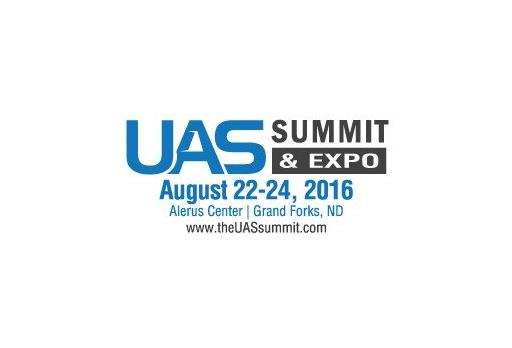 North Dakota’s role in NASA research aimed at the safe integration of small and large unmanned aircraft systems (UAS) into the national airspace will be discussed during the 10th Annual UAS Summit & Expo Aug. 22-24 at the Alerus Center in Grand Forks, N.D.

On Tuesday, attendees will hear from John Cavolowsky, director of NASA’s Airspace Operations and Safety Program, and a panel of experts who have partnered with NASA’s UAS Traffic Management (UTM) program. Cavolowsky will speak from 8:50-9:20 a.m. in Ballroom 5 on NASA’s UAS goals. The panel discussion will include large and small business leaders who have participated in NASA’s UTM program.

The panel will be led by Shawn Bullard, president of the Duetto Group LLC in Washington, D.C. He serves as the federal advisor to the Northern Plains UAS Test Site in North Dakota, one of six Federal Aviation Administration-approved sites in the nation.

Cavolowsky noted that NASA’s UTM program covers the airspace below 500 feet where small UAS will be used for a myriad of applications, such as search and rescue, precision agriculture, surveying and mapping, infrastructure inspection, photography and videography.

“On the small UAS side, the community is still coming together,” he said. “Standards for technology are evolving so fast that we’re working a different part of the problem, which is the concept and systems work necessary to figure out how to allow small UAS to be integrated safely. These will eventually be developed into proper procedures and standards.”

Above 500 feet, large, long-range UAS such as the General Atomics Predator and Northrop Grumman’s Global Hawk will operate with manned civil and commercial aircraft. NASA recently concluded the first phase of a research project. Test flights at the NASA Armstrong Flight Research Center in California were conducted with the FAA, General Atomics, Honeywell International and a special committee of the Radio Technical Commission for Aeronautics (RTCA).

“We have to make sure that whether you’re talking about flights a few hundred feet off the ground or at 50,000 feet, there’s access across that entire integrated airspace for safe operations,” Cavolowsky said.

Marcinkowski said that Gryphon Sensors — an early participant in NASA’s UTM project and now one of its more than 250 collaborators — has benefitted in a number of ways from the partnership. The company develops ground-based radars to detect low- and slow-flying UAS and is working with the FAA on airport security technology.

“We’ve learned about where the market is going and where some of our solutions can fit in,” he said. “We’ve also met other businesses out there that led to relationships for us outside of UTM. That’s a side benefit of how NASA has brought the UAS community together.”

The Future For Beyond Visual Line of Sight Flights

Nick Flom, director of safety for the Northern Plains UAS Test Site, said that for a variety of reasons, North Dakota is uniquely positioned to assist NASA with research, both for small UAS at lower altitudes and larger, more advanced UAS at higher altitudes. Working with Sen. John Hoeven, R-N.D., and other members North Dakota’s congressional delegation, the test site has requested that the FAA issue a certificate of authorization (COA) for beyond visual line of sight UAS operation.

The request is for unmanned flights from the Grand Sky UAS Aviation and Business Park adjacent to the Grand Forks Air Force Base where Northrop Grumman and General Atomics are constructing facilities. Flom said the plan is to conduct operations within a 60-mile radius to the west of Grand Sky all the way up to a flight level of 29,000 feet without using a chase aircraft.

“That’s where NASA comes into play with the type of flight testing they’re doing to support the detect-and-avoid work that is being conducted on behalf of the FAA through the RTCA,” Flom explained. “They’re about to go into phase II of that testing. We’re hoping that we can provide the airspace for them to do that type of testing.”

At last year’s UAS Summit and Expo, the question of when the FAA would allow UAS to fly beyond visual line of sight was a hot topic. The summit also provided the opportunity for state officials to begin discussions on the subject with the FAA. Nearly a year later, North Dakota is on the verge of becoming the first state where beyond-line-of-sight operation will occur. Hoeven has said he expects a decision from the FAA before year’s end.

Theisen recently attended two events at the NASA Ames Research Center. One was on using and integrating weather information into the UTM system. The other included meetings with NASA, the FAA and industry on protocols needed to properly share data among all UAS flights. In addition, the Northern Plains UAS Test Site was among those participating in the testing of the first build of NASA’s UTM system earlier this year.

“The concept of UTM is evolving and industry’s role is becoming more important as this is pushed forward,” Theisen said. “It will be truly exciting to see how UTM evolves in the next few years.”

Cavolowsky said the UAS Summit and Expo brings together all aspects of the UAS community, from well-established, mature aviation companies to the burgeoning small UAS community he encountered during a visit to North Dakota in the spring.

“This conference is just a great place to bring that community together and have these kind of open discussions on the challenges and how we can move forward quickly, but safely and effectively as well,” he said.

The agenda can be viewed here: UAS Summit & Expo