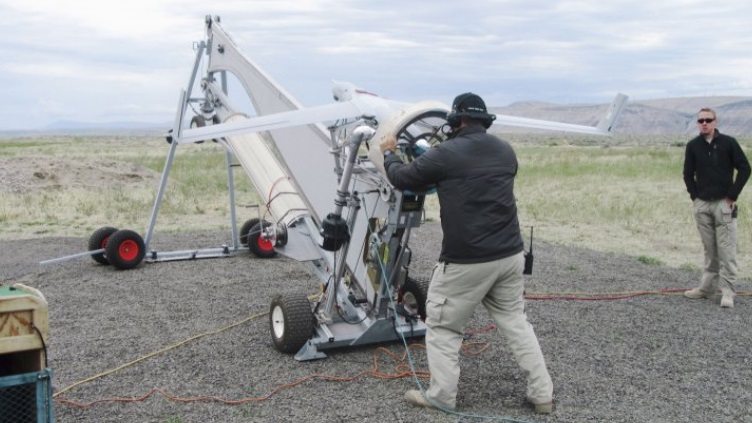 Iraq is to acquire the Insitu ScanEagle unmanned aircraft system (UAS) under a USD8.3 million deal announced by the US Department of Defense (DoD) on 10 August.

Under the deal, which was awarded the day before, the country’s military will receive an undisclosed number of systems, as well as spares and support services, by the end of August 2017 as part of the government of Iraq intelligence, surveillance, and reconnaissance services programme. No further details were disclosed.

The ScanEagle aircraft is 1.2 m long, has a wingspan of 3 m, and is launched using a pneumatic catapult. It has a service ceiling of 10,000 ft and an endurance of more than 20 hours. The ScanEagle is equipped with electro-optical, infrared, and high-resolution video cameras that enable the operator to track stationary and moving targets.

A ‘system’ typically comprises multiple air vehicles (upwards of 12 in some cases), as well as associated pneumatic launchers and Skyhook recovery apparatus. Based on the procurements of other nations – in 2014 Yemen signed for a system of 12 ScanEagle vehicles for USD11 million – Iraq’s system is likely to be made up of about nine vehicles.

It was previously reported that the Iraqi Army would eceive the ScanEagle before the end of 2014, along with the hand-launched AeroVironment RQ-11 Raven small UAS (SUAS). There were also reports that Iraq may have already received the ScanEagle, but these were never confirmed and the DoD contract announcement is the first official notification of any such sale to the country. There has been no word as to the status of the Raven buy.

No Replies to "Iraq To Receive ScanEagle UAS's"