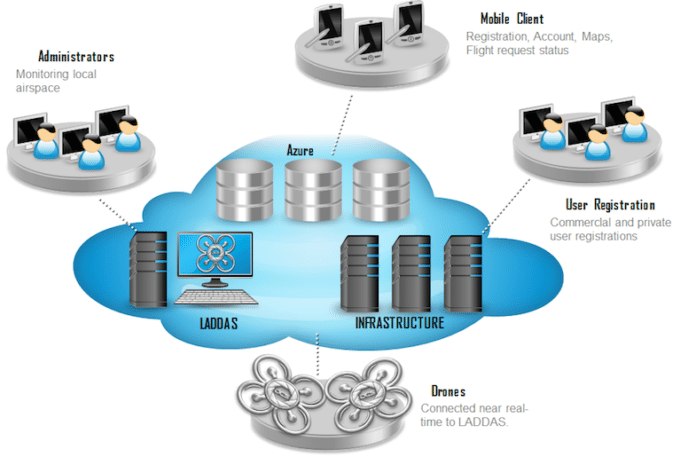 An Arizona-based startup is equipping a local police department with a unique air-traffic control system for its future drone fleet.

“[LADDAS] provides near real-time data via private and secure cloud services to ensure administrators are fully aware of where their UAVs are operating while providing a detailed understanding of the type of operations that are currently being exercised,” a DCS press release stated.

The police department will be able to monitor, track and manage any of local drones it in the field and send pilots notifications from a command center.

The company is training officers and assisting the agency with the FAA authorization process ahead of plans to deploy an unspecified number of police drones. Like a growing number of police departments, SPD plans to use drones to investigate crime scenes, conduct search-and-rescue operations and monitor traffic accidents.

“When they explained to me all the things that LADDAS could do, I was on board. When drone operators use LADDAS, it educates them, and helps them comply with the law,” Sahuarita Chief of Police John Noland said.

“We predict that the pilot program will show maximized use of tax dollars by allowing for more efficient use of police officers’ time and other department resources, while effectively maximizing the safety, of not only the community, but those guarding its’ safety as well.”

Lawrence added that LADDAS will allow users to register in the system, “associate FAA drone registration with LADDAS registration; alert drone operators to the proximity of other drones; monitor and record, and play back drone flight activities; send directions to guide personnel to the UAV’s current location and create permissible drone flight areas and no- fly zones,” among other uses.

What is our vision?

To be the premier provider of systems that ensure compliance with established rules and regulations governing Drone flight operations; while, ensuring the ability to fly Drones for both hobby and business remains in the hands of Drone operators.

What is our focus?

At DCS, our experienced team has focused on providing solutions that ensure the Drone operator or business continues to maintain flight control while ensuring he or she is operating their Drone in a manner consistent with the ever changing rules and regulations established by the FAA.

DCS envisions our system as the industry standard when it comes to the regulation of Drone flight operations within the National Airspace.  When designing our system we had key tenets that guided us in our design:

What is our solution?

Our solution to the problem differs from all of our competitors, as our system does not remove or limit Drone flight control from the operator.  At DCS we see Drones as an evolving technology much like the automobile and the airplane were during their initial introduction to the world.  Drones can be safely operated within the National Airspace, provided a system is in place that is capable of working with every make and model of Drone being manufactured.

Drones are used for a wide variety of things to include, cinematography, real-estate, agricultural mapping, maintenance inspections and this is just a

Operating a Drone is much like operating any motor vehicle.  There are established rules of operation and each year new rules are being identified that need to be followed, therefore, our system operates as a regulatory system that ensures Drone operations conducted by individuals and businesses are adhering to these rules and over time this will create a community of safe Drone operators that adhere to the flight rules defined by the FAA.

This system strives to standardize the manner in which Drone flight operations are authorized, tracked and monitored for compliance with established rules.  Much like established traffic safety rules and regulations, when a violation occurs the system is able to identify the violation in real-time and immediately provide notifications to the operator of the Drone to ensure the operator is able to rapidly correct any flight violation.  By focusing on the Operator and not the Drone itself, our solution ensures that Drone operators continuously operate their Drones within the defined rules and regulations established, while providing governing bodies with the ability to regulate and authorize Drone flight operations for both hobby and commercial operations.