Disney Enters Into The Drone World With Patent For Projector Drones 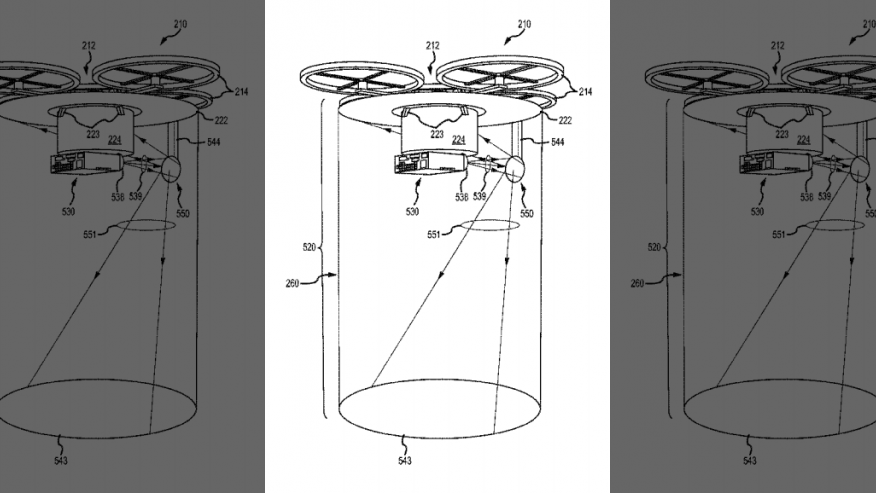 Disney is preparing to take its world famous entertainment to the skies.

Earlier this month, the theme parks giant was granted a patent for projector drones—flying machines with the ability to beam images onto attached screens—or building faces—that would be used at night to enchant guests.

According to the concept detailed in the patent, the drone is strong enough to carry the weight of a full-sized projector capable of showcasing both still and moving images.

The device holds a screen that runs parallel to the ground, as the projector beams an image onto the rear surface reflectively. To prevent wind gusts from bringing the machine down, the patent suggests the screen be made from “a mesh sheet with a porosity allowing air to flow through.”

The drones would likely to used to entertain guests throughout the parks as the filing says the “floating or flying projection screens” could show changing imagery and be set to a musical score. The entertainment giant is reportedly considering using the new technology at U.S. park sites in Florida and California, according to Digital Trends.

In addition to possibly adapting drone technology for delighting guests, recent reports revealed Disney could soon be using more sophisticated methods for keeping tabs on guests in its parks.