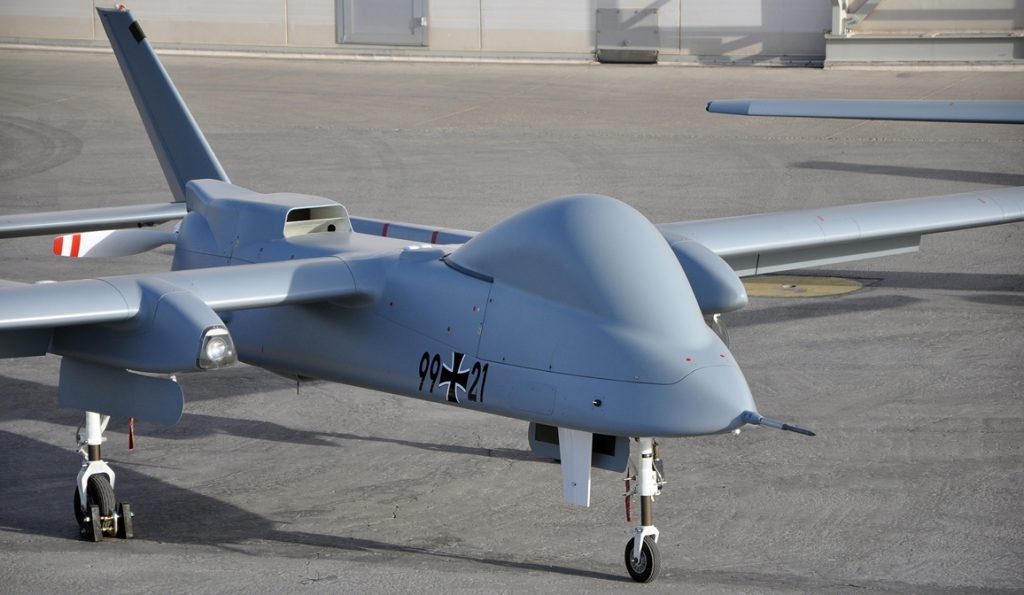 The German Defence Procurement Agency (BAAInBw) and Airbus Defence and Space have signed a contract to provide Heron 1 surveillance drones to support the Bundeswehr mission in Mali.

Similar to the mission in Afghanistan active since 2010, the unmanned aerial systems will be leased from Israeli manufacturer IAI and operated by Airbus. Future military missions will also be flown solely by military personnel. The operations in Mali will start in November 2016 and are initially planned until February 2018.

“A major success factor for this new assignment is our experience gained in more than 2300 missions over Afghanistan” said Thomas Reinartz, Head of Sales for unmanned aerial systems at Airbus. “There we have proven our reliability to the full satisfaction of our customer – with a fleet availability higher than 95 percent.”

On July 1st 2016, Bundeswehr took over responsibility for the intelligence unit in Mali from the Netherlands. In the perimeter of the UN MINUSMA missio, German forces are taking on their tasks mainly in the Gao region. The current threat scenarios and the size of the area of operations – the north of Mali is more than twice the size of Germany – require a long endurance surveillance system. Based on the extremely positive experience made in Afghanistan, German forces will therefore now also deploy the Heron 1 to Mali.

By using the current operator model, the Bundeswehr benefits in various aspects. In addition to the high availability of the fleet and a high flexibility in terms of contract duration, the German forces can focus entirely on their core missions. They also profit from the system’s full compatibility and interoperability within NATO.

The extension of the Heron 1 operational model is paving the way also for the next drone generation Heron TP, which has been selected by the German Bundeswehr Chief of Staff to succeed the Heron 1 and bridge the timeframe until a European drone development will be available.