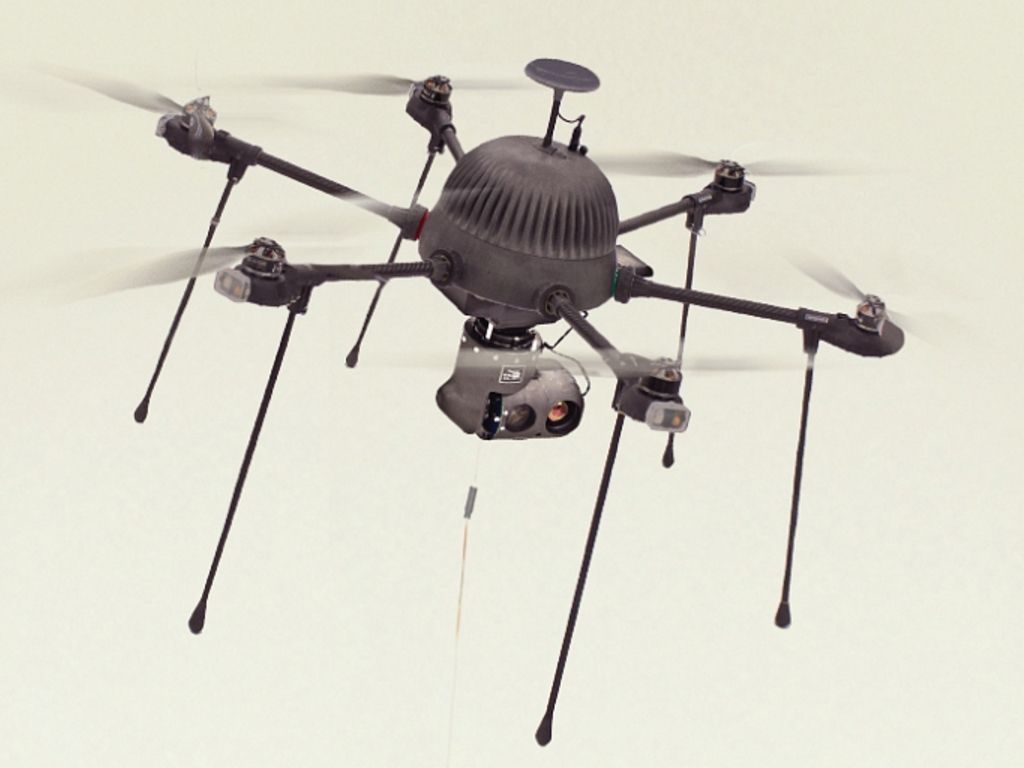 Danvers, MA. — CyPhy Works  announced today that it has received an order for its Persistent Aerial Reconnaissance and Communications (PARC) System, from the U.S. Army’s Rapid Equipping Force (REF). PARC, a tethered drone, addresses the need for a persistent eye-in-the-sky by flying for days at a time.

While the current fleet of Small Unmanned Aerial Systems deployed by the U.S. Army equip a vital need, their flight time is limited.  CyPhy Works’s PARC is a portable, tethered drone that has the ability to perform long-endurance flights, potentially lasting hundreds of hours. The tether serves as PARC’s power conduit. Communications and video also flow over its patented Kevlar-strengthened microfilament tether.

“It’s a tower-without-a-tower,” said LTC (R) Matt England, CyPhy Works Vice President for Government Systems. “We made a system that can live where the Soldier lives; tough enough to match their environment; available where they need it, when they need it; and can fly for as long as they need it.”

The PARC was designed to meet U.S. Soldier requirements in the field for force protection (FP), as well as intelligence, surveillance and reconnaissance (ISR).  “The REF procured a system to help assess possible solutions to a validated requirement we received from a deployed unit,” said Army Lt. Col. Scott Schumacher, Solutions Team 1 Chief. “The intent is to assess and understand new technology in the realm of persistent, elevated ISR.”

Reporting directly to the U.S. Army Training and Doctrine Command, the REF provides innovative materiel solutions to initially meet the urgent requirements of U.S. Army forces employed globally, and to inform material development for the future force. The Department of the Army first formed the REF in 2002 to support Soldiers in Afghanistan. The organization has met challenges as diverse as improving force protection, providing ISR in austere locations, improving operational energy sources, and enhancing communications. The REF maintains a forward presence in Iraq, Afghanistan, and Kuwait; and routinely coordinates with globally deployed U.S. Army forces.

CyPhy Works is a leading drone company developing flying robots for large industries, such as defense, security, agriculture, construction, law enforcement, and mining. CyPhy is known for its innovative tethered drones that are persistent, hardened, and have un-jammable data links.  CyPhy (pronounced: Sci-Fi) is a contraction of Cyber and Physical, both essential to robots. Our mission statement describes our philosophy: Our community inspires; Our team creates; Our drones empower. For more information please visit http://www.cyphyworks.com or follow them on Twitter @HelenGreiner  and@CyPhyWorksInc.