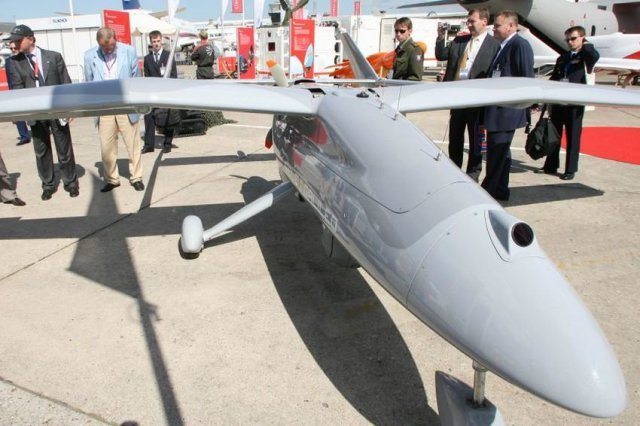 During the operation in Syria, the Russian Aerospace Defence Forces (VKO) has tested hydrogen-powered unmanned aircraft, the RIA Novosti news agency reported, citing a top-ranking representative of the military-industrial complex. According to him, air drones equipped with hydrogen engines showed very good results during the test flights.

The source told RIA Novosti that enough many unmanned combat air vehicles that were flying in Syria used hydrogen fuel. “This means that such unmanned aircraft are able to stay in the air for enough long time, constantly producing hydrogen and allowing the engine to recharge its energy,” he added.

According to the representative of the military-industrial complex, all these drones have safely returned back in Russia. Currently, the researches on the impact of hot climates and sandstorms on the unmanned are conducting.

According to the Chairman of the Council of the Federation Committee on Defense and Security, Viktor Ozerov, the using of hydrogen engines on drones makes UAV less vulnerable to missiles with infra-red seekers. “Such engines have a lower heat loss, thus, it is less likely to detect drones,” he said.

A hydrogen-powered engine allows to make longer flights, although it has the same weight as kerosene and petrol power units. At last, it is cleaner from the ecological point of view, the Chairman also added.

Earlier, experts have repeatedly noted that the operation of the Russian Aerospace Defence Forces in Syria spurred interest in Russian weapons, and potential contracts for its purchase can be several times more the Syrian mission expenses.

No Replies to "Russia Tested Hydrogen-Powered UAV in Syria"