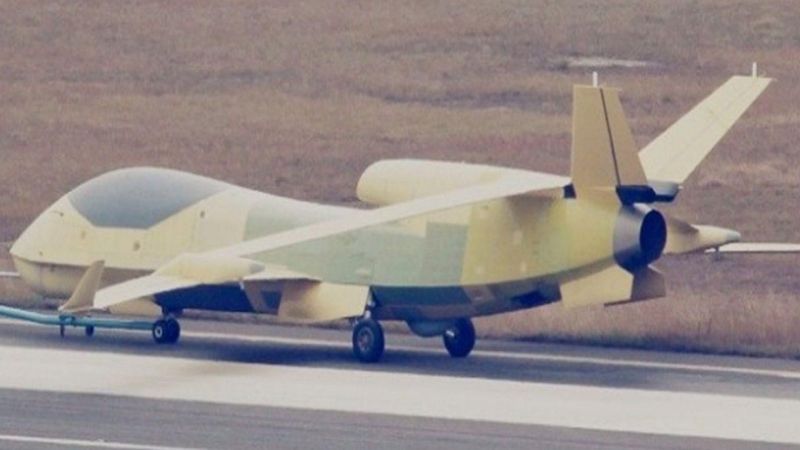 The People’s Republic of China has a growing drone fleet, and it is going to be even bigger very soon. The Asian nation is beginning production on one of the country’s largest drones — the Xianglong “Soar Dragon.” A recent photo spotted by Popular Science and posted by Andreas Rupprecht at China Defense Forum showed two of the massive drones being assembled inside a warehouse that also is being used to house a JL-9 supersonic jet trainer.

The aptly named UAV is among the largest drones in the world, similar in size and capability to the United States’ RQ-4 Global Hawk. The drone measures an estimated 12 meters in length, has a 20-meter wingspan, and a 10-20 ton takeoff weight. Given its size, the UAV is jet powered with turbojet engine provided by manufacturer Guizhou. The only drone that is significantly bigger than the Soar Dragon is the Divine Eagle, a 60-foot long, double body UAV also under development by in China.

Though smaller than the long-range, high-altitude Divine Eagle, the Soar Dragon is no slouch. The autonomous aircraft is recognized for its unique tandem joined-wing design that gives the UAV a diamond-shaped appearance. This configuration reduces wingtip drag and improves aerodynamic performance, allowing the drone to fly for long distances with a large sensor payload. Reports suggest the drone will be used for surveillance of China’s coastline, functioning as a part of the country’s Anti-Access/Area Denial system.

With ability for long-distance, high-altitude flight, the drone also may be used in electronic warfare both as a reconnaissance vehicle and a remote electronic jammer. The EW version of the Soar Dragon potentially could operate alongside other Chinese Electronic Warfare aircraft, such as the Y-9 heavy transport jammer, the J-16D strike fighter, and JH-7 attack aircraft. Together, these aircraft could be used to creating a jamming field that would block or scramble enemy communications, radar systems and more.