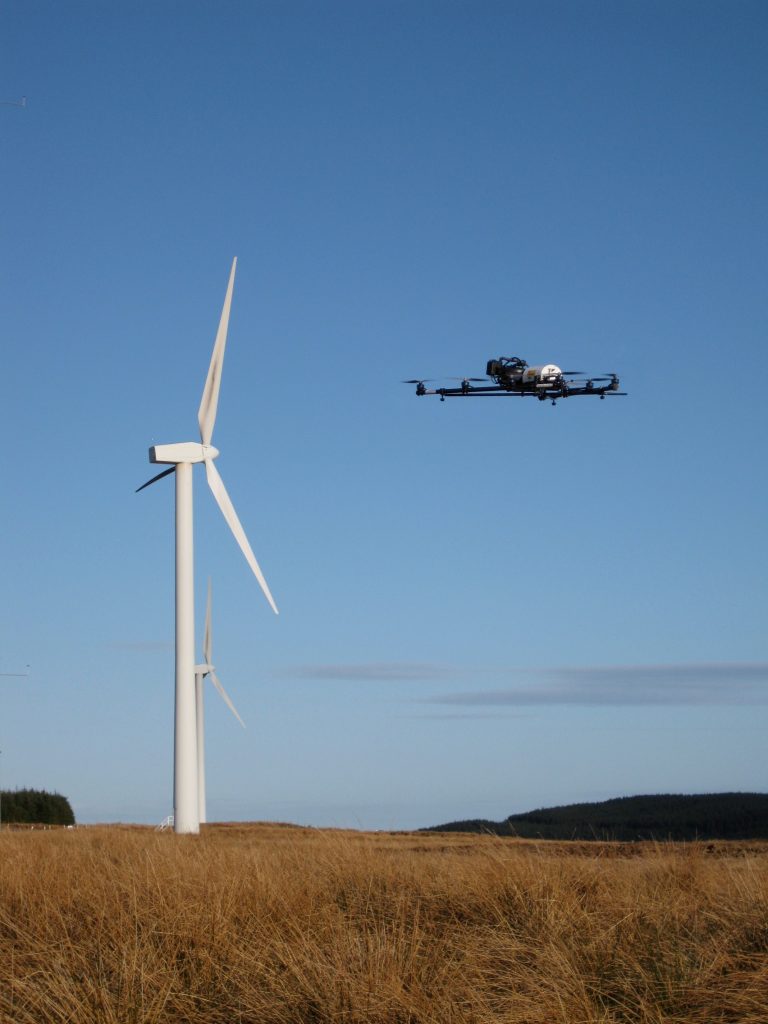 Cyberhawk is working with SSE Plc, one of the UK’s largest energy companies, to inspect more than 600 blades using UAS, according to a news release. UAS will be deployed at a variety of SSE windfarms in Scotland, Northern Ireland and Republic of Ireland.

During the inspections, Cyberhawk’s drones capture images of every blade surface on every turbine, according to the release. Wind engineers then use the images to locate, size and categorize defects. The detailed information is delivered through the company’s iHawk cloud based asset management software. Through the software engineers have access to the images, engineering commentary and defect severity, enabling them to prioritize maintenance work that will be completed later this year and in 2017.

Typically, rope access technicians perform these types of inspections. Deploying UAS eliminates the risks that come with technicians working at height, while also reducing the amount of time the turbines are down. UAS can inspect three to five turbines a day, while only one can be inspected each day if traditional methods are used.

“SSE has been working with Cyberhawk since 2009, watching the technology and methodology develop into the proven inspection technique that it is today. We continue to watch intently for future developments,” said Kevin Shanks, mechanical engineer at SSE. “SSE has also been involved in the development of iHawk, which has the potential to change methods of asset management and could lead to significant opportunities within the wind inspection and maintenance sector.”

No Replies to "Cyberhawk Working With SSE To Inspect Wind Turbines"