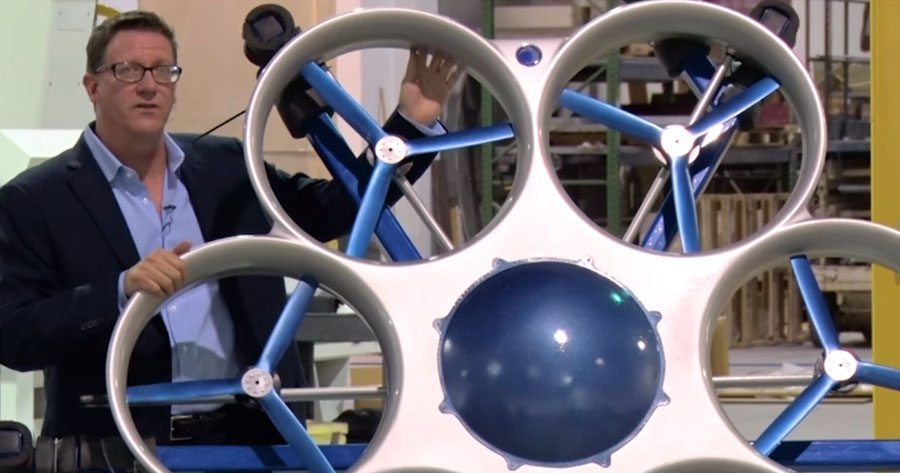 Olaeris, manufacturer of the ‘21st Century Helicopter’, has launched a crowd-based, online fundraising campaign after disclosing it has signed over $55 Million in orders for its unmanned VTOL aircraft called AEVA.

Since Olaeris exhibited at the HAI Heli-Expo sixteen weeks ago, aviation dealers have committed millions of dollars into escrow accounts, ordering hundreds of AEVA aircraft to secure an early stake in this emerging market. Olaeris is assigning exclusive geographic territories to sell, service and support their aircraft, resulting in a “land grab” by aviation companies positioning to block their competitors from entering the market later.

“We’ve drawn interest from big venture capital firms and they like our technology, but they know nothing about aviation”, said Ted Lindsley, CEO. “Understanding aviation is necessary to recognize how unique Olaeris is from hundreds of drone and UAV companies. Crowdfunding lets Olaeris identify investors who might also add other value as we scale. After all, what does Silicon Valley know about CPL(H) training or MRO services?”

Last summer, Olaeris used Fundable.com to complete the fastest equity financing campaign ever launched on that website. The company postponed raising Series-A funding to focus on building sales traction, preserving equity and increasing the company’s value. This year the company is returning to Fundable with industry accolades, solid sales traction for their aircraft, and FAA type class certification underway. That certification will make AEVA the first unmanned VTOL aircraft capable of flying beyond line-of-sight, unrestricted in civilian airspace like helicopters. Applications for the aircraft include safe package delivery without dangerous open rotors, pipeline monitoring, power line inspection, 911 emergency response, broadcasting and hundreds of other services that “drones” and “UAVs” are not equipped to safely perform beyond line of sight.

You can learn more about Olaeris at Fundable.com/Olaeris and accredited investors can access the company’s business plan by clicking the link to “Request Access”.