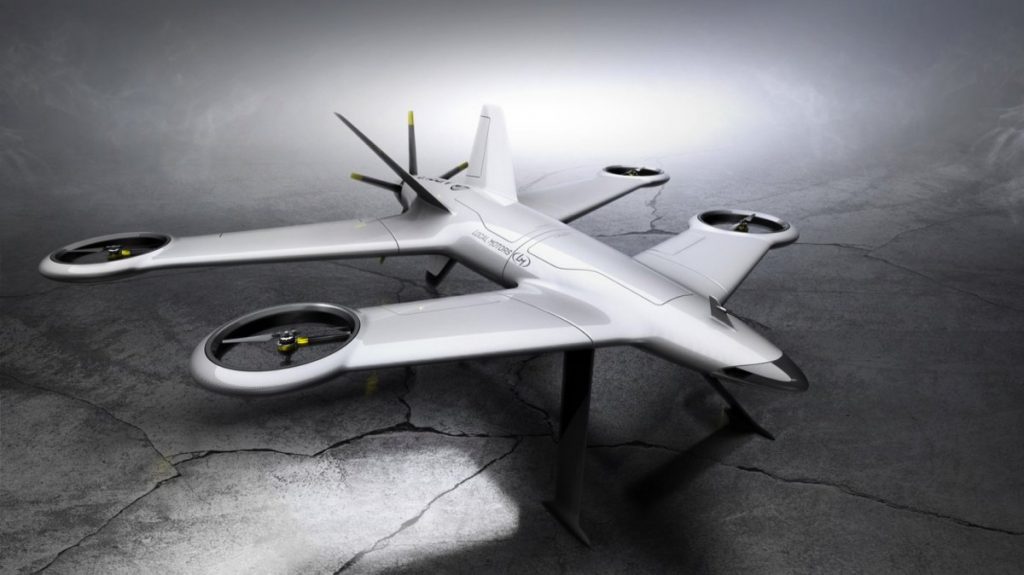 Airbus Group SE and Local Motors Inc. announced during a ceremony held at the Farnborough International Airshow the winners of the “Airbus Cargo Drone Challenge ”, a co-creation competition for the next generation of commercial drones, which both companies launched in April.

The five winners were respectively: Alexey Medvedev from Omsk in Russia; Harvest Zhang from Mountain View in California, US; Dominik Felix Finger from Aachen in Germany; Finn Yonkers from North Kingstown, Rhode Island, US; and Frederic Le Sciellour from Pont De L’Arn in France. They will share an overall prize pool of well over US $100,000.

This new approach to design a commercial drone that integrates innovative ideas from a large community permits Airbus to experience new ways to develop more quickly. It also allows that future customer’s specific expectations and requirements are considered from the first design phases onwards. Speed is essential in the development of commercial drones to match this growing market and the Airbus teams were able to draw important lessons learnt from this co- creation process.

“This is exactly what I hoped for when we kicked off our cooperation with Local Motors early this year. It is a totally different way of capturing innovation and ideas and represents our next generation,” said Airbus Group CEO Tom Enders. “I am truly impressed by the results and congratulate our winners. The ideas show an outstanding mix of passion, imagination, innovation and ingenuity. I am optimistic that some of these ideas could find their way into future industrial programmes at Airbus and represent a new, bold step forward in the era of unmanned flight.”

“The Airbus Cargo Drone Challenge proved that the Local Motors community of makers and innovators reaches far beyond the bounds of automotive design,” said Local Motors’ Co-founder and CEO Jay Rogers. “We received a record number of submissions and the quality was astounding. As a result of this challenge, Airbus has experienced directly how to do development more quickly and at a far lower cost.”

The companies partnered earlier this year to draw on the design and development talents of the Local Motors online community to define innovative ways to boost new technologies, manufacturing approaches, services, applications and propose next generation development programmes for drone solutions.

With 425 entries, the co-creation challenge was the most successful Local Motors Challenge ever conducted, and the top selected projects will now be reviewed before potentially becoming part of an industrial programme including the necessary services and applications.

“Most of the winning projects were designed as a high wing configuration. A high aspect ratio wing when combined with efficient fuselage design, a right structural weight and good aerodynamics with reduced drag, clearly helps to meet the required flight performance” said Jana Rosenmann, Head of UAS (Unmanned Aerial Systems) with Airbus Group. “Another very important aspect was the payload integration. It had to be realistic, robust and easy to manage. The 5 final winners have been selected for having fulfilled all the criteria of the three independent categories of Juries in the best possible way”, she added.

As a next step Airbus and Local Motors intend to build a demonstrator version of the winning design concept again through an open collaboration involving the community including potential customers and end-users. Simultaneously and as part still of the Cargo Drone Challenge some further co-creation work on commercial drone services and applications will be done with the community in a hack-a-thon, held at the beginning of September. A hack-a-thon is creative problem solving competition typically lasting between 24 and 48 hours.