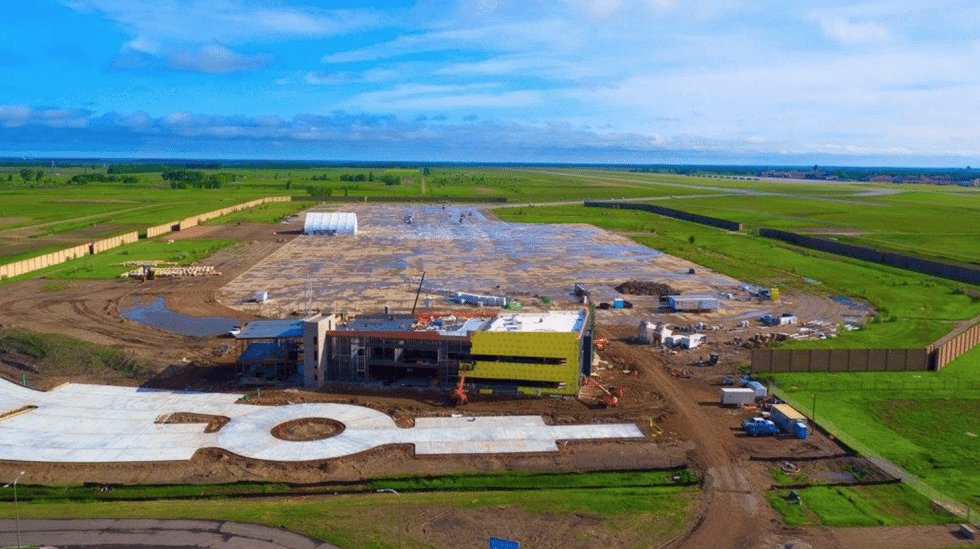 In the northeast part of the state, just 20 minutes outside the city of Grand Forks, is a business park with the sole purpose of researching and testing unmanned aircraft systems. This is Grand Sky, the first commercial industrial park dedicated to drones.

Grand Sky is located on 217 acres of the Grand Forks Air Force Base, which itself is already a major hub for unmanned aviation systems. The 1.2 million-square-foot facility includes four hangars and multiple buildings. It’s also a designated FAA test site; North Dakota’s diverse climate and relatively clear airspace make it an attractive spot for drone testing, a unique advantage it’s going all-in on.

The Peace Garden State has spent about $34 million to support UAV programs, research, and businesses throughout the state —the New York Times even called North Dakota a “Silicon Valley for drones.” A large portion of that fund is going toward developing Grand Sky’s industrial park, which began construction in 2015.

The Grand Sky aviation park is focused on both military and civilian uses of the skyrocketing UAV industry, though the park’s first two tenants, General Atomics Aeronautical Systems and Northrop Grumman, lean toward the former. On the commercial side, the technology park anticipates drone businesses focused on infrastructure such as inspecting wind turbine blades, pipelines, farms and bridges.

And Grand Forks is an ideal location for a drone hive. Aside from being adjacent to the air base, the park also has access to knowledge coming out of the University of North Dakota, one of the leading schools in unmanned aviation studies which has a degree track dedicated to learning how to fly drones.

Intel Is Investing In the Drone And UAS Markets