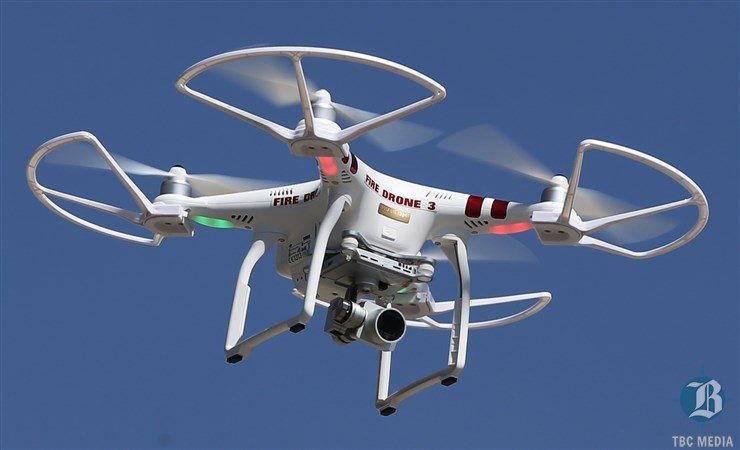 The Bakersfield Fire Department on Friday unveiled a new drone that will help monitor illegal firework activity during the Fourth of July weekend.

The information gleaned from it this weekend will be limited — but act as an important test for future uses, he said.

“We intend to use this resources to gather some data and to look to the future to incorporate it as a full enforcement resource, and also it’s not simply for the Fourth,” said Greener. “We will use it for training purposes as well as resources on some of our more complex fire-related instances.”

But it’s no coincidence the department will test it out this weekend, since it has a zero-tolerance policy when it comes to illegal firework activity.

With the drone, the department can collect video footage and more easily pinpoint where illegal activity is occurring.

“To a degree we can do that from the ground, but we can never tell what street (the illegal activity) is on,” said Greener. “If we have that third-dimension view from above, we think we will be able to direct resources.”

Greener went on to describe some of the drone’s future uses. Users will be able to input GPS coordinates to send the drone to specific locations, and can watch live-streamed footage from a camera attached to it on an iPad or computer.

Anthony Galagaza, administrative battalion chief and public information officer for BFD, said residents “need to be aware that no matter what, there will be eyes in the sky.”