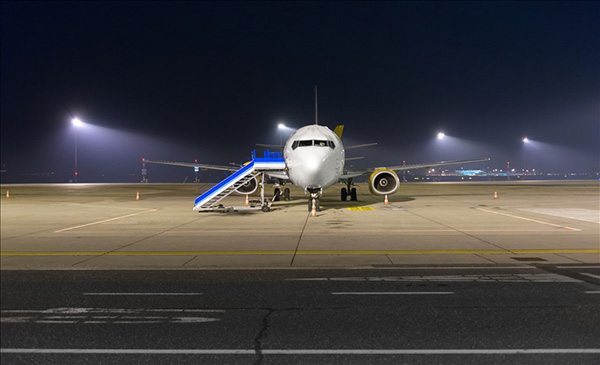 Lately, headlines of drones being flown near airports have been making the rounds all over the world. Although there has not been a single incident where an air crash has been blamed on a drone, the question that begs to be answered is — are drones really a threat to aircrafts?

You’d be surprised to learn that even aviation experts don’t really have a clear answer on this. A lot of correlations have been made between drones and flocks of birds that hit aircraft regularly, particularly at the engines, but while there has not been a single documented case of a drone downing an aircraft, the question still remains a point of debate.

A recent article by IEEE Spectrum on this issue featured the views of George Morse — an expert in aviation mishaps who has studied over 4000 engine investigations. Morse’s company — Failure Analysis Service Technology, specializes in foreign object damage on aircraft most of which involved birds, nuts, bolts and other runway debris.

According to Morse, there are two very different kinds of threat to an aircraft — the first is an object that can hit the body of an airplane and the second, in the case of jet airliner, is one that gets sucked into a jetliner’s turbofan engines. If you’ve been watching National Geographic’s Ultimate Airport Dubai, you’d know that airports around the world take great pain in making sure their runways are free of debris which can end up in engines when an aircraft takes off or lands.

Here is an excerpt of Morse’s opinion as published by IEEE Spectrum when asked what would happen to a turbofan engine if it ingests a drone:

If a really tiny drone were to go into a turbofan engine, explains Morse, it might slip between the fan blades and do little damage. But a typical drone of the size we are discussing, several tens of centimeters across, is too big for that to happen. “In that case, it’s going to be more like a bird strike.”

The drone will hit the leading edge of the fan blades and would probably break up into small pieces. The fan blade itself is not likely to break, in Morse’s view. “There’s a good chance it’ll take the engine out at high power,” says Morse, but not necessarily. “It’s absolutely amazing how they will still run.” In one sense, small drones appear to be less threatening than birds because drones don’t fly in flocks, so the chance of crippling multiple engines in one incident is much more remote.

While the chances of a tiny drone crippling an engine are very slim, Morse explained that larger drones that weigh 1 to 2 kg can pose a bigger threat if they hit the windscreen at high velocity.

To date, nobody has done a conclusive test to see what actually happens when a large drone slams into a multi million dollar jet engine (or airframe) so expert opinions on the matter are still ambiguous, to say the least.

Having said that, there really is no excuse to fly your drone near an airport or aircraft even when there is still a lack of study on this issue. You really don’t want to go down in history as the world’s first accidental “terrorist” to down a passenger airliner.

No Replies to "Are Drones Really a Threat to Aircraft?"